– All links in this post are affiliate links, please refer to my Disclaimer page for more –

At this rate we’re all done with the pandemic, but if there’s one upside to this, it’s that we’ve got time to listen to more music. I personally enjoy music that isn’t too upbeat, but has enough oomph within the album to be able to get my ‘groove‘ on when I feel like it. I tend to get stuck in my ways when it comes to music, rarely listening to new things unless they’re by my favourite artists – but that doesn’t mean I’m not open to new things if they fit my preferred genres! So if you’re looking to find some new music that is perfect for summer listening, I have just the list for you.

I’ll quite happily say that this is my favourite Arctic Monkeys album so far, simply due to how all of the songs work so well with each other, and because you can listen to the whole album in one go without wanting to skip a song. Compared to their earlier work, this album manages to capture an effortless summer vibe that mixes their signature sound with a new softness – making it a great album that I’m sure anyone can get into.

Top 3 songs to listen to: Fireside, Do I Wanna Know? + Snap Out Of It

Tango In The Night – Fleetwood Mac

A classic, but maybe not heard by as many people as Rumours, which I also own. However Tango in the Night is just an album I can put in the car and leave it for weeks at a time! Okay so I can do that with most albums, but all of these songs are easy to sing along to and generally just have a good time listening to.

What can I say, I just think that this is a great album to get you pumped up for summer. It has a couple of gentle songs such as Walls, which help to lighten the mood between the upbeat guitar tracks such as Find Me. I’m sure you’ve heard at least one Kings Of Leon song before, so I also think you should listen to this album during any motorway drives you may be taking this summer! Pair it with any of the other albums for a great driving soundtrack.

Top 3 songs to listen to: Waste A Moment, Find Me + Walls

My current go-to album this summer, mostly because this is my most recent album from my favourite artists, so naturally I listen to at least one song from it every day. If you’ve never listened to Lana Del Rey before, or you think that she only sings about a few topics, I urge you listen to this album – it’s much more relaxed than the previous albums, and has a soft quality to it whilst still being hard hitting. I love it.

Top 3 songs to listen to: Norman F*cking Rockwell, Cinnamon Girl + How To Disappear

If you find that all the previous months have taken a toll on your mental health and wellbeing, this album will help show you that you are not alone. By pairing sad lyrics with upbeat tracks, it makes it easier to sing along to the songs that match how you’re feeling, and the ones that don’t. It’s a great reminder that life doesn’t always have to be happy, and not everything works out how you might want it to – but it’s still going to be okay in the end, that you’ll get through it. It’s what makes this album great compared to previous Paramore albums, your first listen isn’t going to be what it seems!

The songs on this album are perfect, the mix of effects with clean guitars is just what it needs to create that summer feel. You can really get into the songs on this album, they each have their own vibe that can easily be achieved after listening to the songs and gaining a deeper understanding of what they mean. I also think that this album has a strong start and finish, which can be hard to achieve – the song Beacon is one of my favourites, and I completely understand why it was put last, and why it is the album title too.

This is the album that I always come back to as soon as summer hits. It sounds very cheesy, but the best way I can describe the album is that all of the songs have a ‘glittery’ feel to them – aka Glitterbug. Each song has it’s own vibe to it that in my opinion screams summer, and is what I can picture myself listening to whilst driving down an American highway on a warm summer’s evening – not that that’s ever going to happen, but a girl can dream can’t she? If you’re looking for an album that has a perfect mixture of songs that you can dance to and songs that are more chill, then this album is what you need.

As with most albums that I love, it is extremely hard to choose just three songs that you should listen to, and of course I suggest that you listen to the albums in full to really get a feel for how they somehow manage to match that summer vibe – without specifically talking about summer! Let me know your favourite summer albums and whether there are any that I should also check out.

7 thoughts on “My Favourite Albums For Summer”

Hi, I'm Emily! As I slowly try to figure out what I want to do in life, I am dedicating my time to bring you a range of beauty + lifestyle posts. I hope you enjoy! x 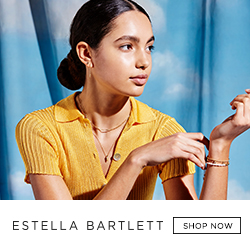